Need to Live Near Las Vegas? Nevada Rental Properties Are Searching for Residents in Clark County 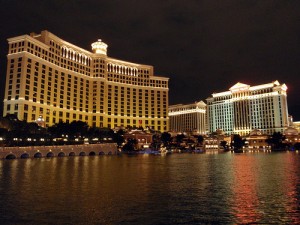 Landlords in Clark County, NV are desperate to find renters, so they are making deals and offering specials like never before on Nevada rental properties. Here is a list of the best 5 communities in Clark County for you to consider — remember, you can call some of the shots when negotiating here with landlords and rental companies. I’ve also included average rent rates and distances from downtown Las Vegas.

Quieter and with less neon than its northern neighbor, culture abounds in Henderson. They have Shakespeare in the Park, jazz festivals, runs and races, art festivals, parades, sporting events, WinterFest, shopping and great spas.

More down-to-earth than Sin City to the south, North Las Vegas is home to Nevada’s only NASCAR venue, the Las Vegas Motor Speedway. Visit Movie Madness to see free movies under the stars, and don’t miss the annual BallonaPalooza or the Weapons Museum at Nellis Air Force Base.

Paradise is where the good stuff is — the McCarran International Airport, University of Nevada, Las Vegas, and much of the Strip. So, if you’ve ever been to Caesars Palace or the MGM Grand, you were in Paradise and didn’t even know it. The U.S. Postal Service even treats Paradise locations as having “Las Vegas” addresses to avoid confusion.

This “bedroom community” is sub-divisions and strip malls. The land area is fairly small for such a well-populated place, only 33.4 square miles, and could use a little more attention to appearance. There is, however a nice park located in the north-central part of the town called Desert Breeze Park.

This little town used to stand on its own, between Las Vegas and Henderson, but the expansion of the two cities pretty much swallowed Whitney in the 1990s without asking. This effected local businesses which have only recently begun to recover, but it’s a still a great place to live.

So, hurry on out to Clark County, Nevada. Rental property landlords are desperate to meet you.

How about you? Any luck finding Nevada rentals? Comment below.

Hate Urban Living? Here Are 4 Cities With Apartments in Nevada for Rent That Are Far From Big Cities

The Cost Of Living In Nevada